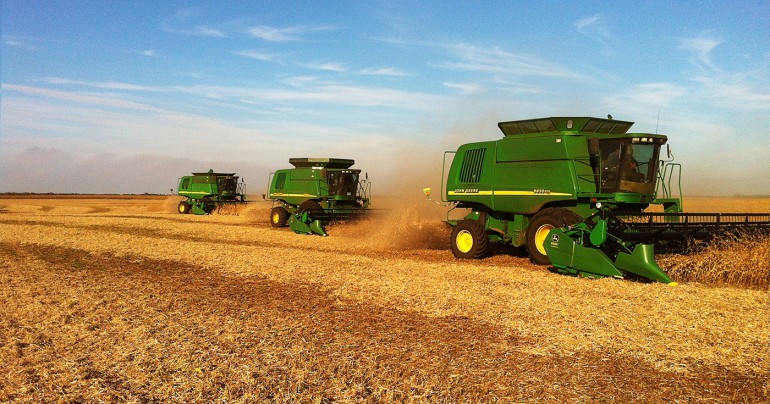 Grain Alliance is organized with a central organization situated in the village of Berezan, some 80 kilometres from Kiev, and the agricultural production is divided on 5 regional clusters each cultivating between 8000 to 12 000 hectares each. Each region is equipped with modern agricultural machinery and the short distance between the regions also enables a more efficient usage of the machinery. The harvested grain is transported to one of the company’s four grain elevators; three of these have direct railroad access.

The operations are carried out in a relatively concentrated area, radius less than 80 km, which allows a more thorough operational and financial control, plus a more efficient usage of the machinery. All Grain Alliance operations are planned and controlled by the central office located in the village of Berezan. All agricultural production plans are based on in-depth soil analyzes, based on which the agronomists decide on which crops to grow and where, what seeding materials shall be used and what fertilizer and in which quantities, herbicide levels etcetera. The overall production strategy is laid out in a five year revolving production plan. The five years is not a remnant of the soviet production plans, but is based on the optimal crop rotation.